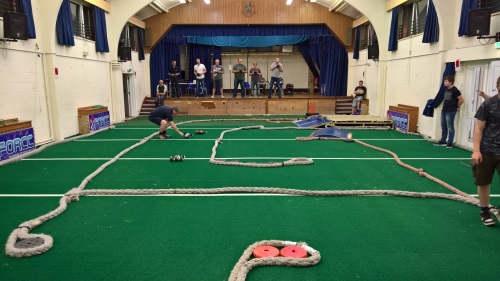 The new championship should have started this week but someone (who wasn’t me…) forgot to bring the transponders which meant a few people missed out on some of their laps. In light of this it seemed a little unfair to start the championship this week. Providing someone (who isn’t me…) remembers to bring the transponders next week, we will kick off the new championship then and it will run up until Christmas. Next week is also truck week.

This Sunday is round 1 of the Winter Whip series down at 1066 in Hastings. In case you haven’t heard, shock protectors are now mandatory there since they replaced their carpet. The FORCC winter series starts the following Sunday and Barhams final round of their Summer series is the week after.

The BRCA F-Grades for 2017 have been published. Here they are…

So this week was Jodie’s last week (at least for a while) at the club. She has been the smily welcoming face at the club for many years and we’re sad to see her leave but at the same time we wish her all the best for the journey ahead at Plymouth University and beyond 🙂

In time honoured tradition, it was only right that gave her a fitting send off…

The Poster.. The making of!

17 year old Daniel never raced at Faversham but he was a regular racer at Capel-le-Ferne on Friday evenings racing along side his Father Wayne. Daniel was involved in a fatal accident on Thursday morning while riding his moped. Our thoughts and deepest sympathies go to Wayne and the rest on Daniel’s family and Friends. 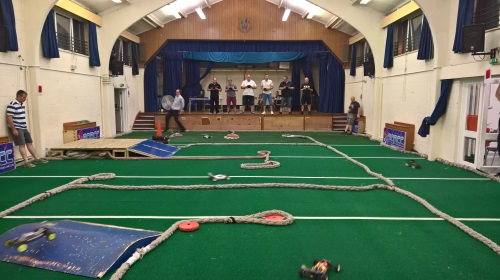 Only the Truck championship updated this week since the buggies are in between championships at the moment. Here’s a little SCT action from this week…

Results from the last 2 weeks have been updated and overall championship results are now available. Congratulations to Neil for taking the 2WD crown, followed by myself in 2nd and Adrian and Alan tied on points in 3rd. 4WD was won by Jay followed by Mickey in 2nd and John in 3rd. Full results are of course in the Results section of the site. We’ll run a few non-championship weeks before the next championship starts but next week is Truck week so they will of course be running for the championship as normal.

The outdoor Regional and National Championships may have finished but we’re not quite done with outdoor racing just yet. Barham still have 3 meetings left (This Sunday and 16/10 – Updated today after talking to Gary). 1066 also start their Winter Series on 2/10 and we start our Winter Series on 9/10.