Alan took the time this week to clear the air in response  to some of the suggestions posted on social media. It culminated in a pole dance. It was a beautiful thing… 😉 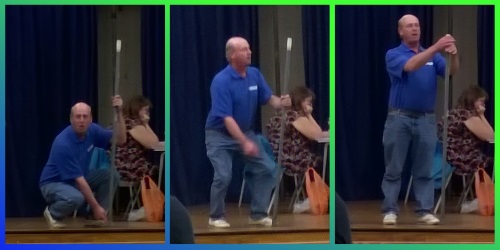 In all seriousness though, The gist of his speech was this. We have always been, and will always be , a grass roots club but regardless of whether you are at the bottom, middle or the top of ‘The Pole’ you are welcome and important to the club. The enforced move away from the polished floor has had both positive and negative effects on the club and we are still trying to adapt and move forward to provide a safe, economical and competitive racing environment. With that in mind, Alan appolgised for the short notice at which the new motor and tyre rules will apply to those that want to enter into the club championships. If you just want to turn up and race once in a while, then you can run whatever tyre and motor combination you like. If you stick a fast motor in and drive like a tool though, expect to be taken aside for some constructive critisism…

What comes in and when…

The tyre rule applies from this Sunday for the whole Winter Series. Both shops will be selling them on the day.  Because we are in the middle of a Wednesday night championship, the tyre rule for that will apply from January when the next championship starts.

It all starts this Sunday. Don’t forget the clocks go back this weekend! We still don’t know yet if we can get in on Saturday for the track build. Assuming we can then the doors will open at 8 on Sunday. If not then it will be earlier but I’ll update this when we know.