The final round of this years 4WD Regional Series was held last Sunday which means there is a Regional Champion (in 4WD). Congratulations to Ed Kerry on taking the Regional title by just 2 points over Nathan Ralls followed by Matthew Peters in 3rd. There’s still 1 more round to go in 2WD where the title is still up for grabs…

Well, another year has flown by which means another FORCC Christmas meeting has come and sadly gone 🙁 We hope you all enjoyed yourselves last night. Thanks to Nes and the girls for laying on another excellent buffet, thanks to eveybody that donated to the raffle and thanks to everyone that bought a little festive spirit with them for the evening 🙂 Before we get to the photos, I’ll just quickly bring up the elephant in the room, BRCA membership renewal. It’s £20 for racers or £10 for non-racers. Head over to the BRCA website, log in and renew your membership. It only takes a minute and is a mandatory requirement for racing at the FORCC and any of the other clubs in the Region. Dave will not let you race in January without presenting your 2019 membership card or proof of payment if you have not received it yet.

So that’s us done and dusted for another year. There’s no racing next week and we’re back on January the 2nd, 2019 for Truck week round 1 🙂

There is a wedding in the hall on that day. Truck week will be postponed to the following week (13/9/17). 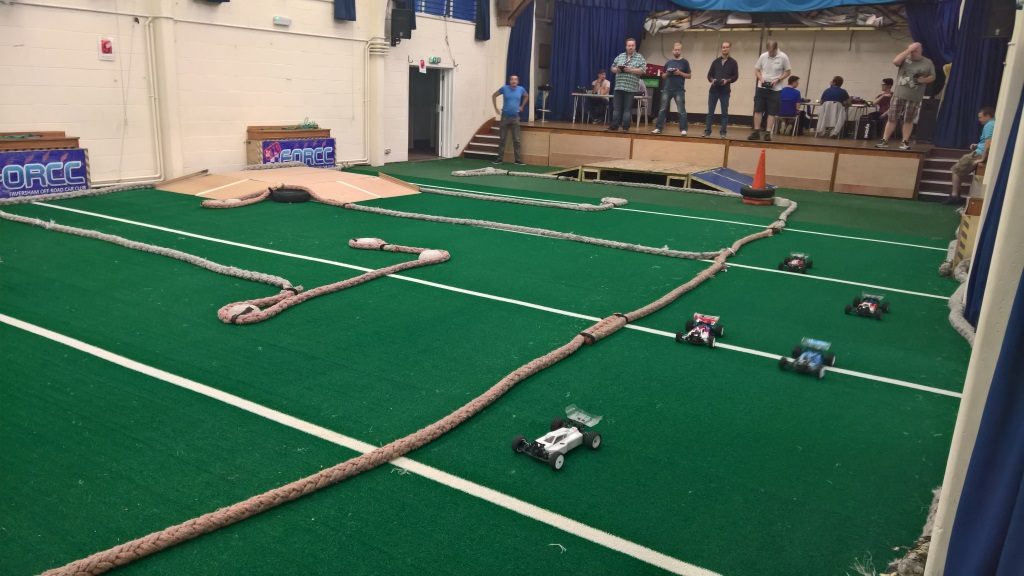 A ton of regulars missing but still 34 drivers for the evening 🙂 The championships have been updated including the missing SCT results from last week. I’m sure there are more Juniors than are currently in the champoinships so if you’re a Junior and not in the Junior championship, tell Dave when you book in and he’ll update your driver details. It was also good to see so many people pitching in at the end to clear away. 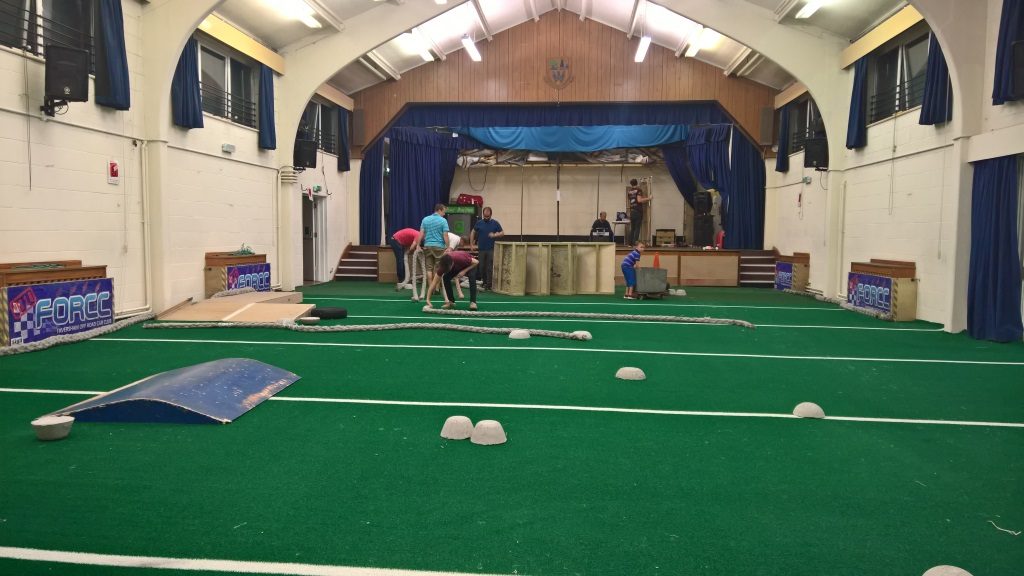 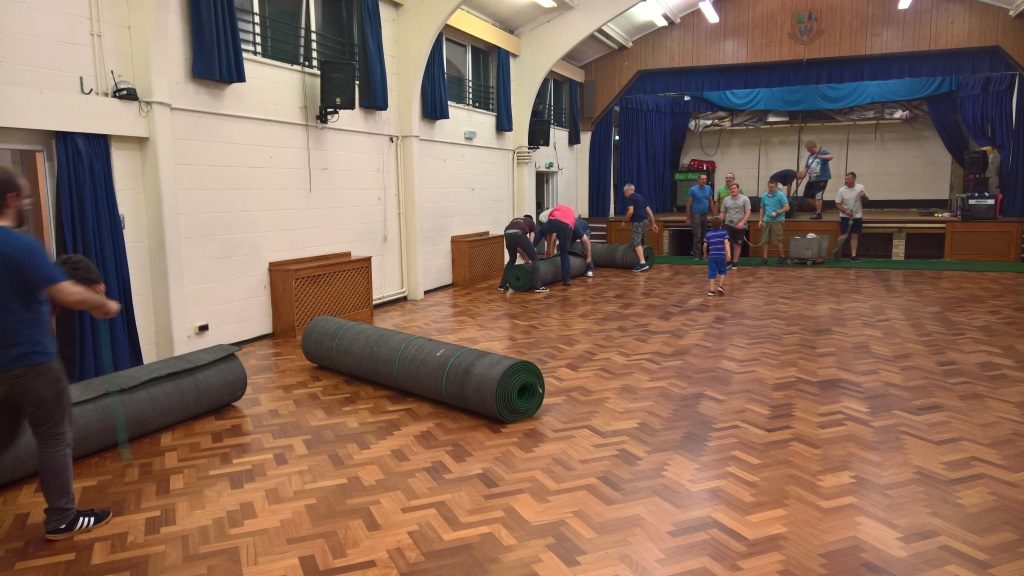 I found some annotated setup helper sheets which I thought some of you may find useful. These are not setups for Faversham but rather a nice little summary of how changing different aspects of your car might affect its handling. They are based on Xray cars but the principles would be universal. They came from http://www.petitrc.com/index.php?/setupguide.html/ and there are some other interesting guides on there too.

So last weekend saw the first of the BRCA End of Season events – The Juniors and Veterans. It’s a 2 day event with 2WD on Saturday and 4WD on Sunday and run to the same format as the National Series (2 practices, 4 qualifiers, 3 leg A finals and 1 leg for everyone else). It’s open to Under 13’s, Under 16’s, Over 40’s and Over 50’s. A small contingent from the SouthEast Region went including Nathan, Matthew, Alfie, Stuart, Phil, Mark and George from Faversham and Shareef from EPR.

All our boys represented their region well. Matthew made the U13 A final on both days and even TQ’d round 1 in 4WD. 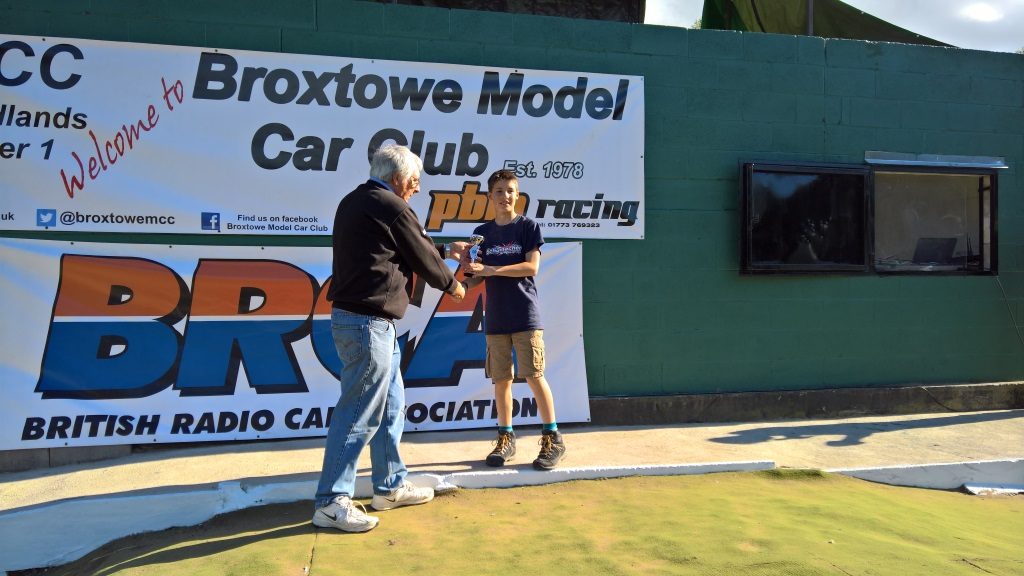 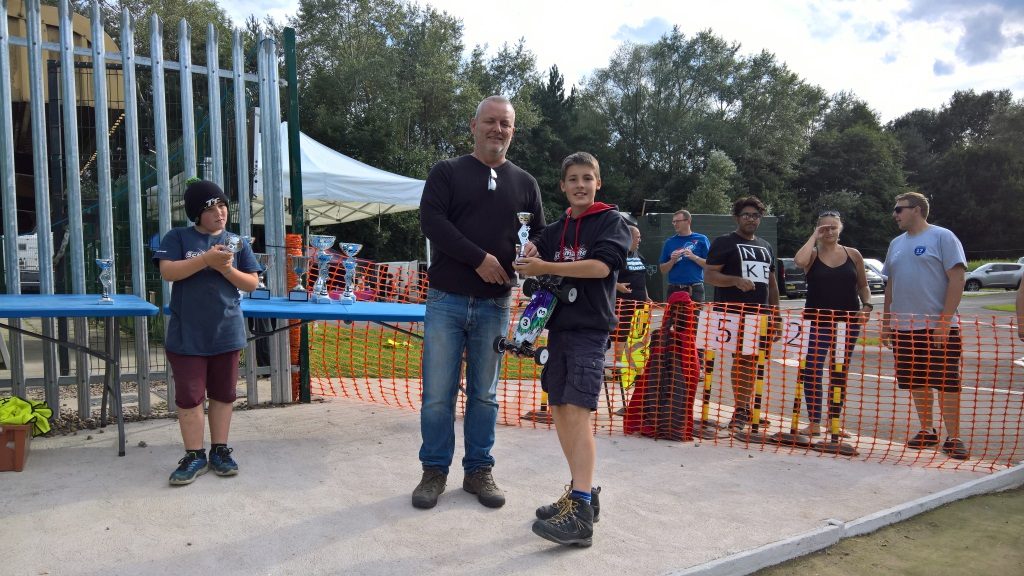 Young Alfie did a fantastic job at his first National event under the guidance of George and got quicker and quicker as the weekend progressed. 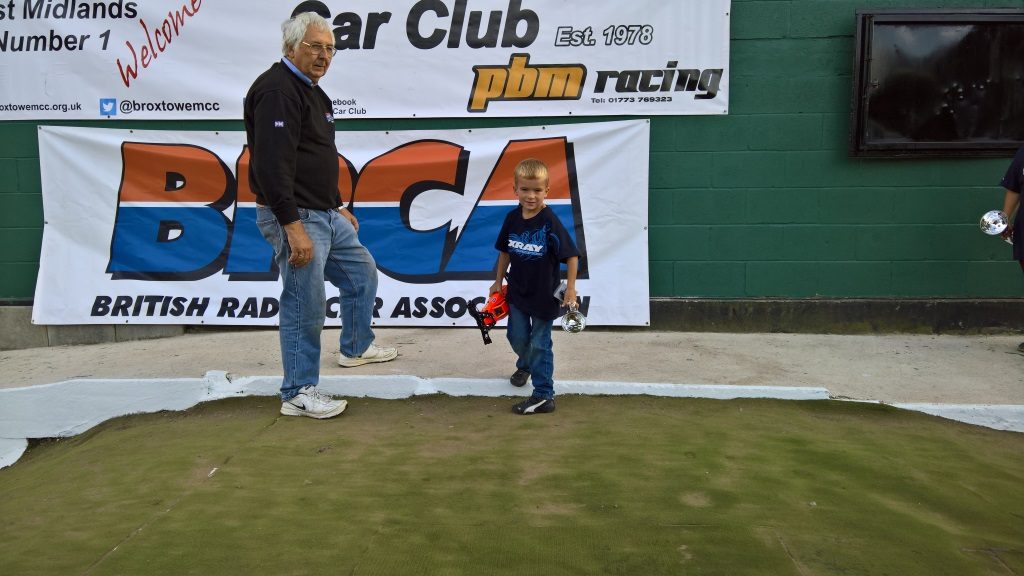 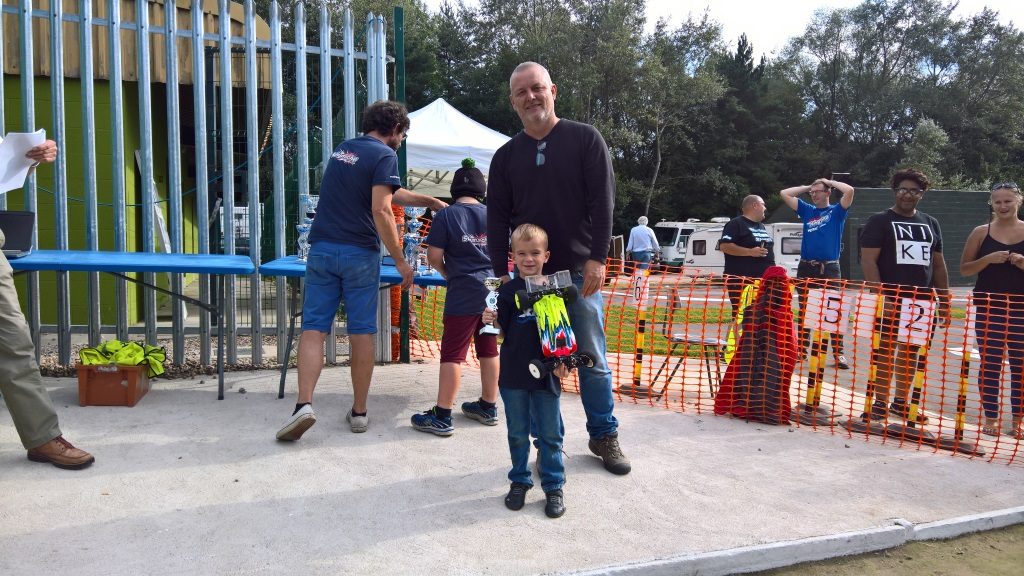 I think it would be fair to say though that the crowning glory was Mr. Nathan Ralls winning the V40 4WD title with his Xray XB4. 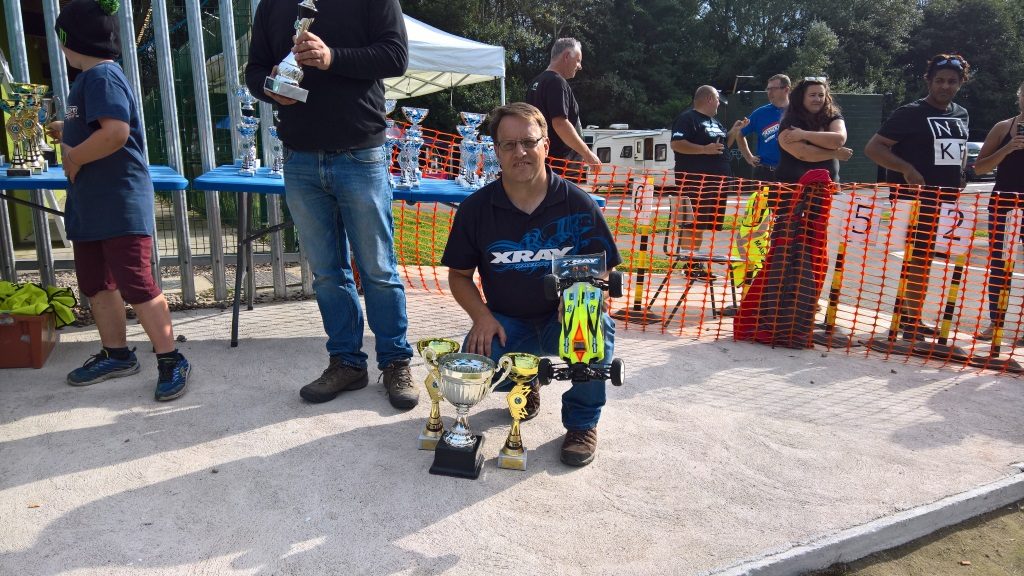 Well done everyone and roll on next year 🙂 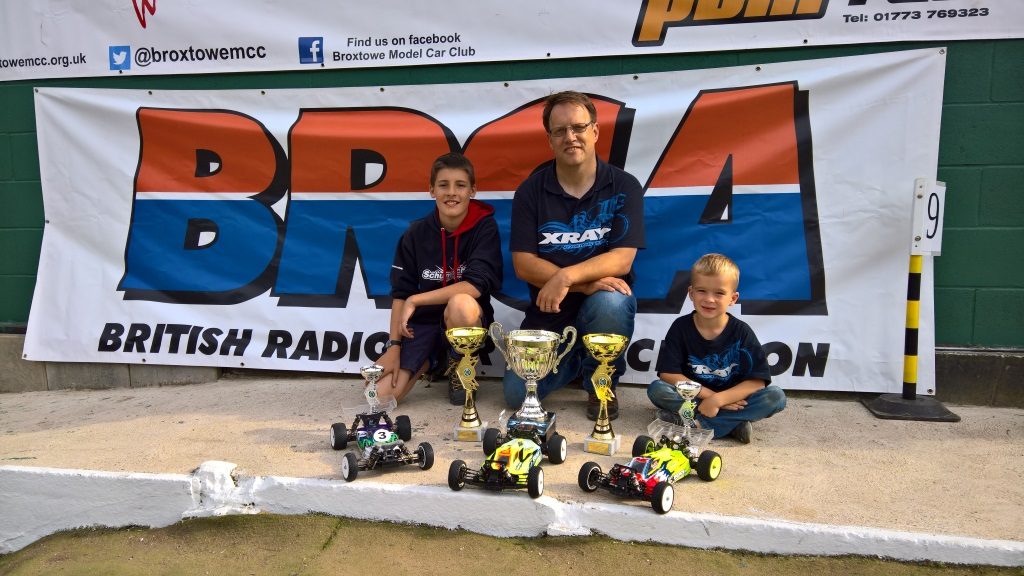 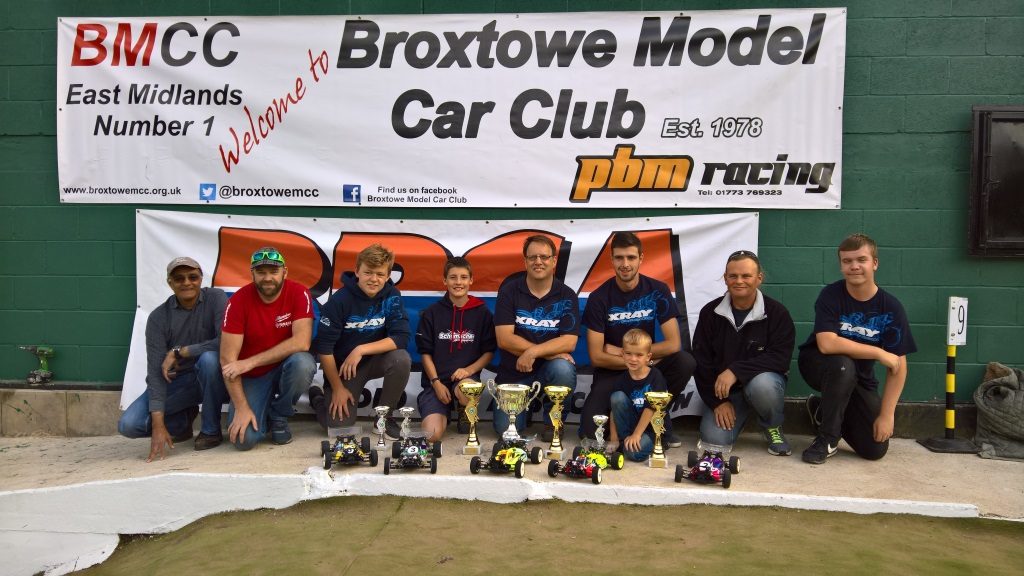 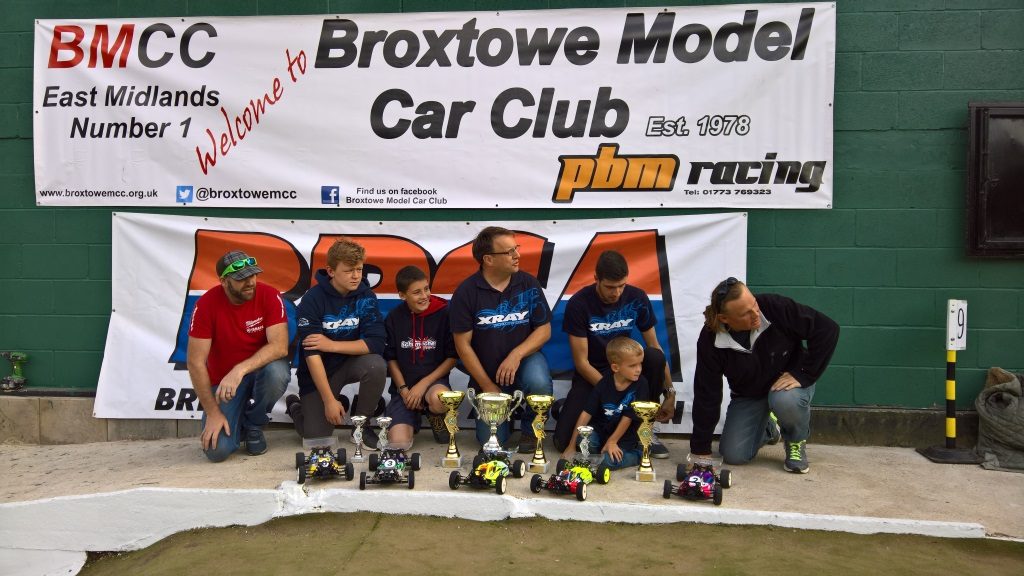 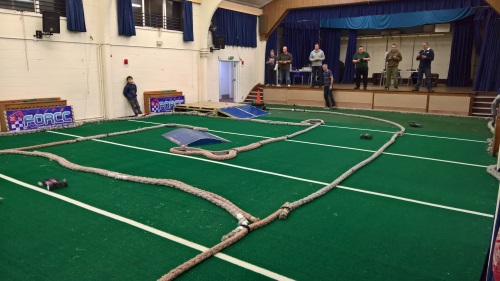 Your BRCA license will expire at the end of the year but you’ll be pleased to know that the BRCA website is now accepting renewals for the 2017 season. The bad news is that the cost has increased this year to £20 😐. Apparently they have improved the level of cover provided by the insurance which is why the cost has increased. Head over to www.brca.org and get your BRCA membership renewed today 😀. The club cannot join for you. It’s your responsibility as a racer to join the BRCA if you want to continue racing in 2017…

Because we’re such an awesome club, we like to do what we can to help you guys out and bring down the cost of your racing so for the second year in a row there will be no FORCC club membership fee 😍. 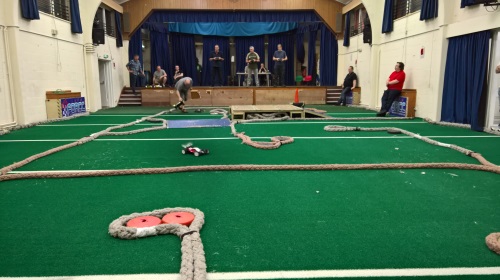 So the 13/5/16 saw the yet another meeting on Faversham Off-Road Car Club’s well established Astro surface. The FORCC is Boughton Village’s best indoor facility offering regular off-road club racing on a Wednesday evening along with indoor bowls and scrapbooking being held at the venue most weekends. It was a quieter than normal evening due to many of the club’s regular F1 driver’s taking a well earned break before this weekends National but I think that just meant there was a little more fun to go round for the rest of us 😉 . Good luck up at RHR this weekend boys 😀 . Keep up with the latest club news on the FORCC Facebook group 😛.

Those of you that were there last night will be quite aware that we had to get a bit retro and manually count the evening. Thank you all for you patience and to Nathan, Jeff, Mark and anyone else that took a turn counting the cars. I believe I’ve got to the root of the problem but I won’t know for sure until the postman arrives tomorrow… All things being equal, next week will be round 1 of the new championship unless we’re still having issues in which case it will have to be another non-championship week. 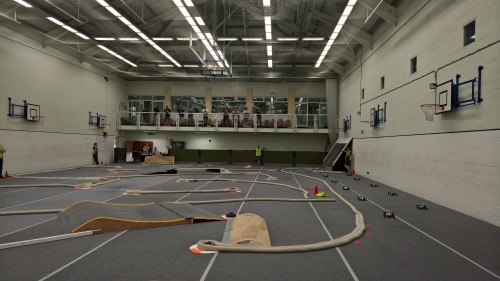 A huge thank you to Ben and the 1066 crew down in Hastings for putting on their first ever Regional last weekend. It was a great meeting and it’s a fantastic venue which quite possibly has one of the best indoor rostrums in the UK!

There’s nothing on this weekend due to the National being on, but next weekend you’re spoiled for choice with both Barham and EPR running meetings on Sunday. 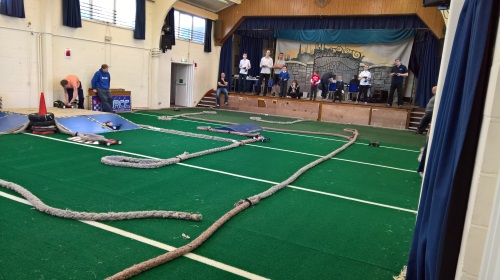 One more non-championship week to go and we’ll get back to normal service 🙂 It wasn’t all non-championship though since it was truck week too. It’s also great to see so many juniors at the club at the moment.

This weekend is 2WD indoors down at 1066 in Hastings. It’s not too late top get involved with the Regionals this year. The 2WD Championship hasn’t started yet…

The 4WD Regional championship table has been published after the first round at EPR. 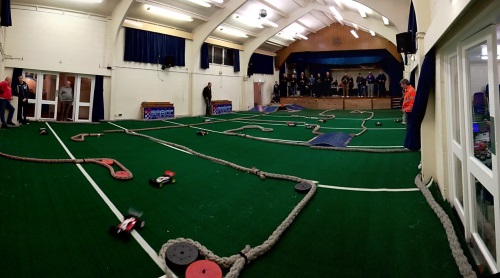 The Regions summer dates including Regionals has been published: 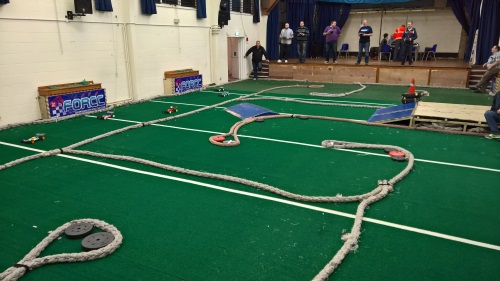 So that’s the first one of the year done and dusted and it was truck week too 😯 . Thank you to everyone that got their BRCA membership sorted out before the meeting. We only had 3 people that I had to join online for them on their behalf. It’s so easy to do even Ollie managed to join on his phone while he was waiting to book in ! 😛 It’s Round 4 of the Winter Series this Sunday and you will all need BRCA membership for that too and that includes all the youngsters that don’t normally come on Wednesday’s as well!

Doors open at 7 for those helping to setup, Practice from about 8 and qualifying from 9:30. A few of the regular helpers can’t make this one so if anyone else would like to rock up early and help it would be much appreciated 🙂

Your BRCA membership will expire in 49 days…